Hubtek and Prosperio Group held a joint webinar on December 5, 2019 to talk about the Top 6 Compensation Mistakes to Avoid. At the end of the webinar, we did a Q&A session with the attendees. Here are a couple questions that came up.

1. How much should a customer rep “pay” for support services in a freight brokerage?

This is an interesting question that contains a mine field of assumptions and presuppositions. First, let me provide a little perspective on the history of freight brokerage in the United States. It wasn’t until trucking deregulation under Jimmy Carter that freight brokerage really became much of an industry in the United States. A few brokers existed prior to deregulation but not many. With the entrance of thousands of new trucking companies into the competitive landscape, freight brokerages became a necessity to provide efficiencies in the massively complex supply chain networking process.

Many brokers started with little more than a notepad and a fax machine and maybe an office at a truck stop. Since this is a relatively new industry, many of these early innovators are still around to tell their tales of the early days. The reigns have been or are being handed to the second generation in many of these family owned businesses. As a broad generalization, which I’m sure has some significant exceptions, these companies hired employees and treated them more or less like family members. They were provided salaries, benefits, and sometimes a year-end bonus that was a share of the company profits.

On the other end of the spectrum were the technology innovators who focused their efforts on building the best TMS (transportation management system) to facilitate freight movement and to create higher load count processing per day per employee. These companies toyed with different staffing models, but the most widely known is generally called “The Chicago Model” as it originated with Chicago’s American Backhaulers. This gave rise to many current Chicago legends such as Coyote (now owned by UPS), Command (now owned by Echo), and AFN (now owned by GlobalTranz). We are seeing the rise of third generation freight brokers coming, either as a result of the 2nd generation buy-outs (see Arrive) or by descendants of founders partnering with others to run their own brokerages (see MoLo).

These two extremes of beginnings (small, family, highly connected vs the technology/efficiency play built on a stockbroker trading floor model) has created two polar opposite approaches to compensation. Some companies are very salary heavy and rely on intrinsic motivation and loyalty to drive performance of their staff, while others are 100% commission even for W2 employees and really treat each employee more as their own small business owner. Neither is right or wrong and both have led to the development of very successful companies.

In addition to those two models, there is just about every alternative approach along the spectrum in use today by some company somewhere. There are 20,000 licensed freight brokers in the United States, so it’s safe to say there are 20,000 different approaches to compensation being used. Many are good for the company they are being used for, while some are bad for any company (i.e. one that breaks labor laws). And there are others that are bad because they drive against the culture of the company or have simply outgrown their usefulness.

There are technology changes happening again, the likes of which haven’t happened for a decade or so, that are putting pressure on freight brokers to reevaluate their business models. Many are realizing that the old way of doing things will not work in the new world. Employees may be vastly overpaid for the work they are doing when technology takes much of the old manual labor off their plates, and larger and larger accounts require a different, higher level of sophistication than a broker on the trading floor slinging buy/sell orders around.

The question above very likely comes from someone familiar with the Chicago Model. In this world, most brokers were paid using a 100% commission + draw scheme and then charged for support resources who were provided to them to help them manage their ever-burgeoning book of business. In less savvy companies, this was done in cash and under the table. As the companies grew (and hired lawyers and HR professionals) this practice was shifted to being a formal charge to the sales rep, either in the form of a reduced commission rate or less commonly a load by load “burden” charge taken to cover support resources, facilities, etc… This is not dissimilar to some insurance agent sales rep plans, but it can become problematic if you need the reps to focus on high volume, low value loads as the “charge” that is taken (especially if it’s a fixed dollar amount per load) may mean that they do not want to deal with low value or short haul freight. Alternatively, if their commission rate is reduced for support resources, many will work themselves to the bone rather than accept this support because they do not want to “give up” that share.

Another approach to this same quandary is to use a seat charge. In this model, which is more common outside of Chicago and has more similarity to investment banking approaches to compensation, the person is assigned a “seat cost” which is usually a multiple of their salary (often 2.5x to 3x) that accounts for their salary, benefits, and any support resources they have access to. Incentive compensation begins when this monthly seat cost is met (on rare occasions I’ve bumped into annual seat cost calculations, but this means most of the year goes by before incentive compensation turns on and it is not going to be very motivational). Using a seat cost approach, in my opinion and experience working with over 160 freight brokers on their compensation challenges, is preferable to a draw and support resource charge, but it is still not ideal.

The best way to tackle this problem is to change the goal. Instead of using a seat cost or draw, use a production threshold that is loosely connected to the individual’s pay level but not directly connected to it. You want to be able to give them a raise in salary for doing a good job in qualitative areas that does not then feel like a punishment when they calculate their incentives. As they progress in production ability and skill, they should move into a higher-level role. This higher-level role will have a higher threshold that will take into account the organization cost of support resources that are provided (in an aggregated fashion) to Level 2 or 3 sales reps. They should have the opportunity to make higher pay at these higher levels (which, by the way, does not have to be delivered as a commission), but they will have to produce relatively more to do so. If you mapped this out in terms of effective rate (their salary + incentive payments divided by production), what happens is that the cost of compensation reduces for the Level 2 and Level 3 reps to the typically high rate being paid for entry level reps.

Every company has different structures and economics (so don’t take these numbers as gospel) but in a cradle-to-grave model, if you are paying out 41% of a Level 1’s production ($50k paid for $120k in margin), then at Level 2 you need get it closer to 30% ($72k paid for $240k in production), and by Level 3 you are finally reaching 20% ($100k paid for $500k in production). In a heavily technology enabled company following the Chicago split model of staffing (Customer Sales/Carrier Sales) these numbers are a fraction of what I just laid out (with typical compensation percentages of production being in the low teens on each side of the house).

Just as I can never answer the question, “How much revenue should a broker produce relative to pay?” I cannot answer how much should be “charged” to the sales reps when a carrier sales rep (or other) support resource is added because these are not the right questions to ask. The right question is, “How much should our total cost of compensation be as a percentage of gross margin?” and even then, the answer depends on your structure and the type of freight you have. If you want 5% operating income and you have a brokerage operating with 15% gross margin, then you need about 1/3 of your gross margin to provide the operating income (1/3 of 15% = 5%). The other 2/3 is available for all other expenses and most non-asset-based brokerages divide this up roughly evenly between W2 compensation expense and operating expenses. It will vary on type of freight (high touch, low touch) and degree of automation, but there is nothing that will get you away from this basic truth – you can only pay in compensation what you aren’t paying in other things. You need leverage (the idea that I proposed above – where Level 3 resources cost you proportionately less than Level 1 resources) for this to work.

2. How often should numbers be given to sales reps to let them know their performance?

I would say as often as you can. Weekly is the longest you should wait and daily would be better. In fact, it would be even better if you had a dashboard that shows the pay they earned for a load they just booked. But, really, you want to show them the pay they will earn before they book the load because this is when they can change the deal to improve their pay. This is why it’s important to have transparent compensation plans, but don’t mistake this for meaning that I advocate for transactional plans. Transactional plans pay for each load individually. Yes, this gives reps the ability to calculate the pay for every load, but it encourages only short-term thinking. They may only think about one load at a time rather than how they can build relationships to increase the aggregate volume of loads.

Okay, so you say your reps don’t have that problem. They know that building relationships with shippers means they will get more loads over time. They may also know that building a good relationship with their customers will decrease their price sensitivity and enable them to get higher prices over time. But if you are paying the same rate for the first load in a month that you are paying for the 200th load, then you are doing nothing particular to motivate them to get the 201st load or the 210th load. At some point, performance puts someone into a zone that few people will achieve and they should be paid extra when they get there. This also creates the motivation for other people to want to reach that level, because the payout is even greater when they get there.

ATTRACT TOP TALENT WITH THESE 6 PRACTICES 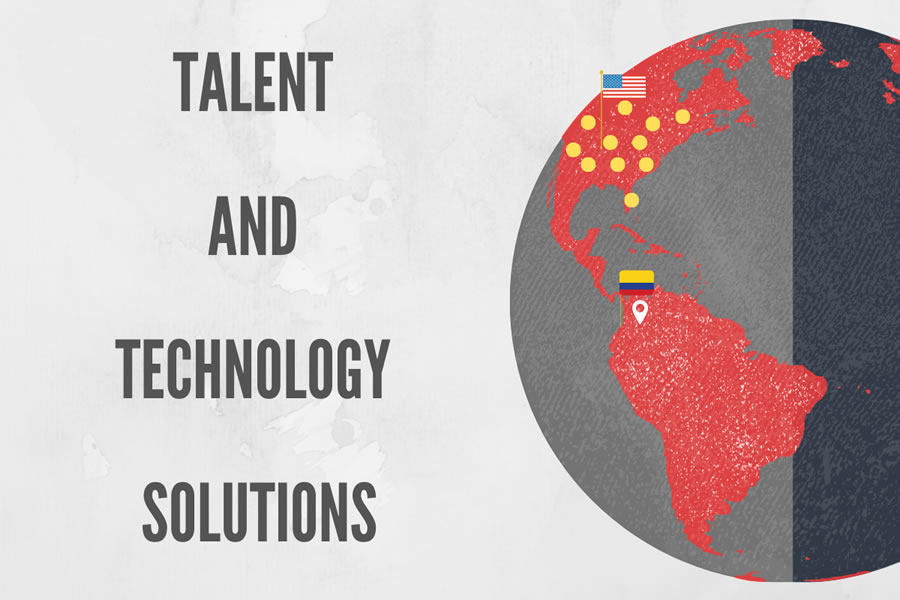 PLANNING YOUR TALENT AND TECHNOLOGY REQUIREMENTS FOR 2020 AND BEYOND