Owner-Operators and AB5: What is next for Trucking Industry? 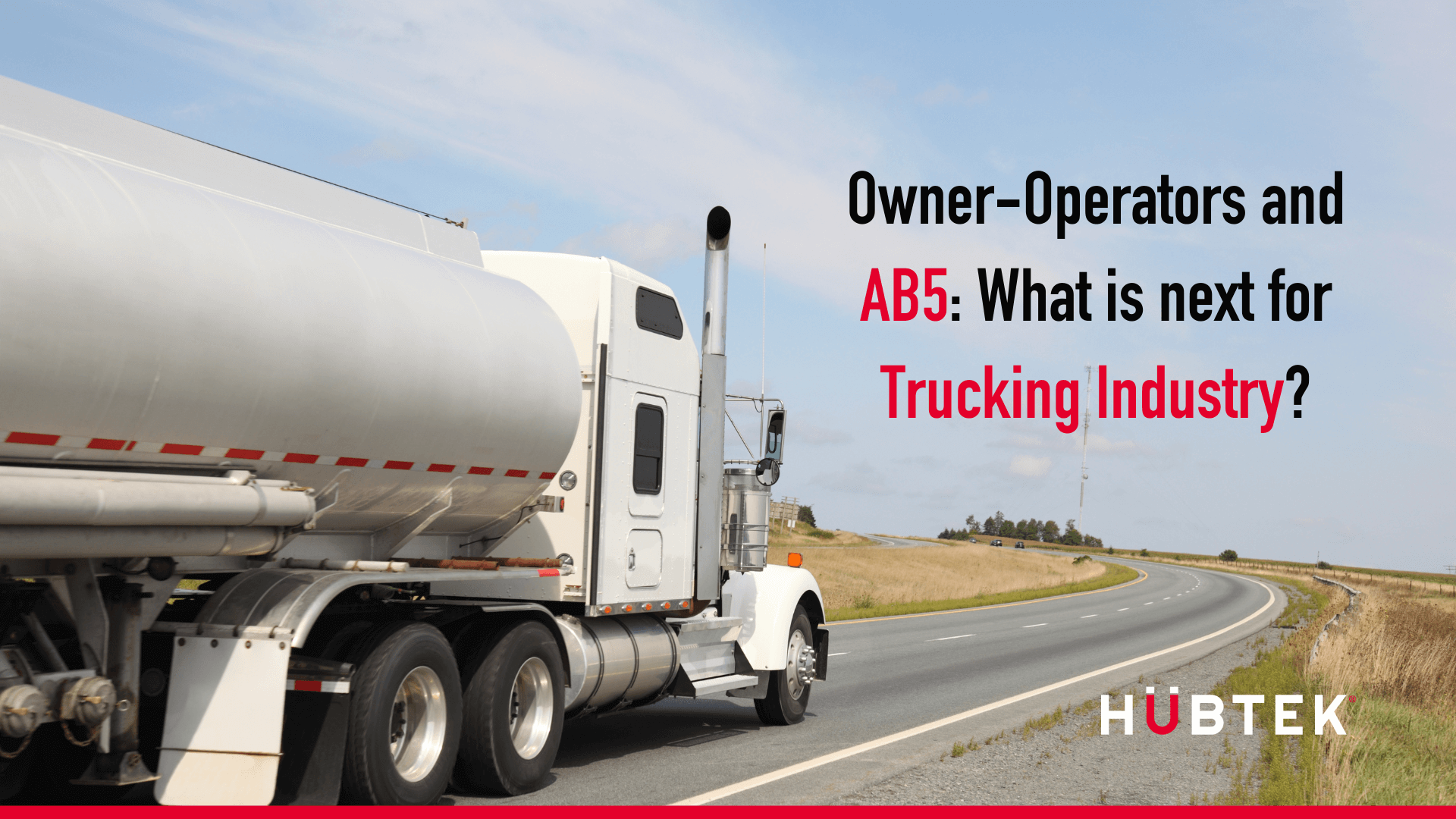 As owner-operators in California must now comply with AB5 after the Supreme Court refused to review a case challenging the legislation, the trucking industry looks for new ways in which motor carriers can continue to operate.

About 70,000 truck owner-operators in California find themselves in limbo, and unsure how to adhere to California’s Assembly Bill 5, which requires them to comply with a series of requirements to be considered independent contractors. So far, they have had the flexibility to operate on their own terms, but may now be pushed off the road while they take the steps to comply with the legislation.

California passed the law back in 2019 but an injunction was obtained by The California Trucking Association when they brought a challenge to try to be exempt from this state regulation. This injunction remained in place until the Supreme Court’s decision last June.

Carriers have already begun to research different options. One of those is to have the owner of the equipment take on the responsibility of getting their own DOT authority and operate as an authorized motor carrier. This option might not appeal to gig-workers as they would have to comply with the regulatory, safety and insurance obligations that result from operating as a motor carrier.

Another option would be the two-check system. This option would require the driver to become an employee and be paid separately for the use of the equipment, as a lease. While this option seems to be best of the two, it may seem very limiting for the owner operators who are used to their independence. As employees, they would not be able to choose when or how much they want to work, which are some of the reasons they decided to become independent contractors in the first place.

This legislation is not expected to affect owner-operators based outside of California who have routes taking them into the state.  However, if a carrier from a different state wants to work with a California based independent contractor, it may fall into employee misclassification. There are still some concerns about who and what can be subjected to these claims, and even about other states following suit.

Let’s see what our leaders at Hubtek think about AB5:

Ricardo Gonzalez, CEO: “According to many experts, many companies almost abused this model for years, which probably triggered this new regulation. Many people believe that this type of intervention from the government will bring even more disruption and constraints to an already broken supply chain. Companies will need to get creative about how they still keep their driver base without being exposed to liability in California. It will be interesting to see how the story develops and how other states eventually assume the same position. Even more concerning is brokers being scrutinized under the same lens as the motor carriers.”

Scott Hadley, VP of Business Strategy: ”Many talk about the ports and what this will do there. While that’s obviously a massive concern, also think about produce freight and what the impact is going to be on the produce community in California. We’ve seen the increase in cost per acre for American farmers and the struggle they face to get produce commodities to the consumer. On the flip side, the consumer has seen the prices of produce grown in the US increase in the store. So, will this cripple the farmers of California by carriers not doing business there?

Now, remember, all disruption opens opportunity. So, from a glass half full point of view, and if this is adopted across the country, which many states look like they will, could the industry see positive things? Maybe service levels, safety and compliance, be a little less segmented and volatile due to these owner-operators now working for fleets. Will this actually help get drivers into the industry? Is it going to allow fleets to be more flexible?

We’ll see many dominoes fall over the next few years, but this industry is resilient. We’ve been through these types of regulation changes before and leading up to them are always the doom and gloom headlines, the doom and gloom conversations. But on the backside of them, the majority find the good in it.”

Joel McGinley, Managing Director:  “We’ve been going down the path of attempting to eliminate the independent contractor for many years and now it seems like we finally are at that point. Out of this, I believe a new entity is going to emerge, likely one where the independent contractor operates under their own authority and is in a contract carrier relationship with the motor carrier, similar to more of a brokerage model. That appears to be where we are headed.”

You can contact us or schedulle a call! one of our representatives is available for you.