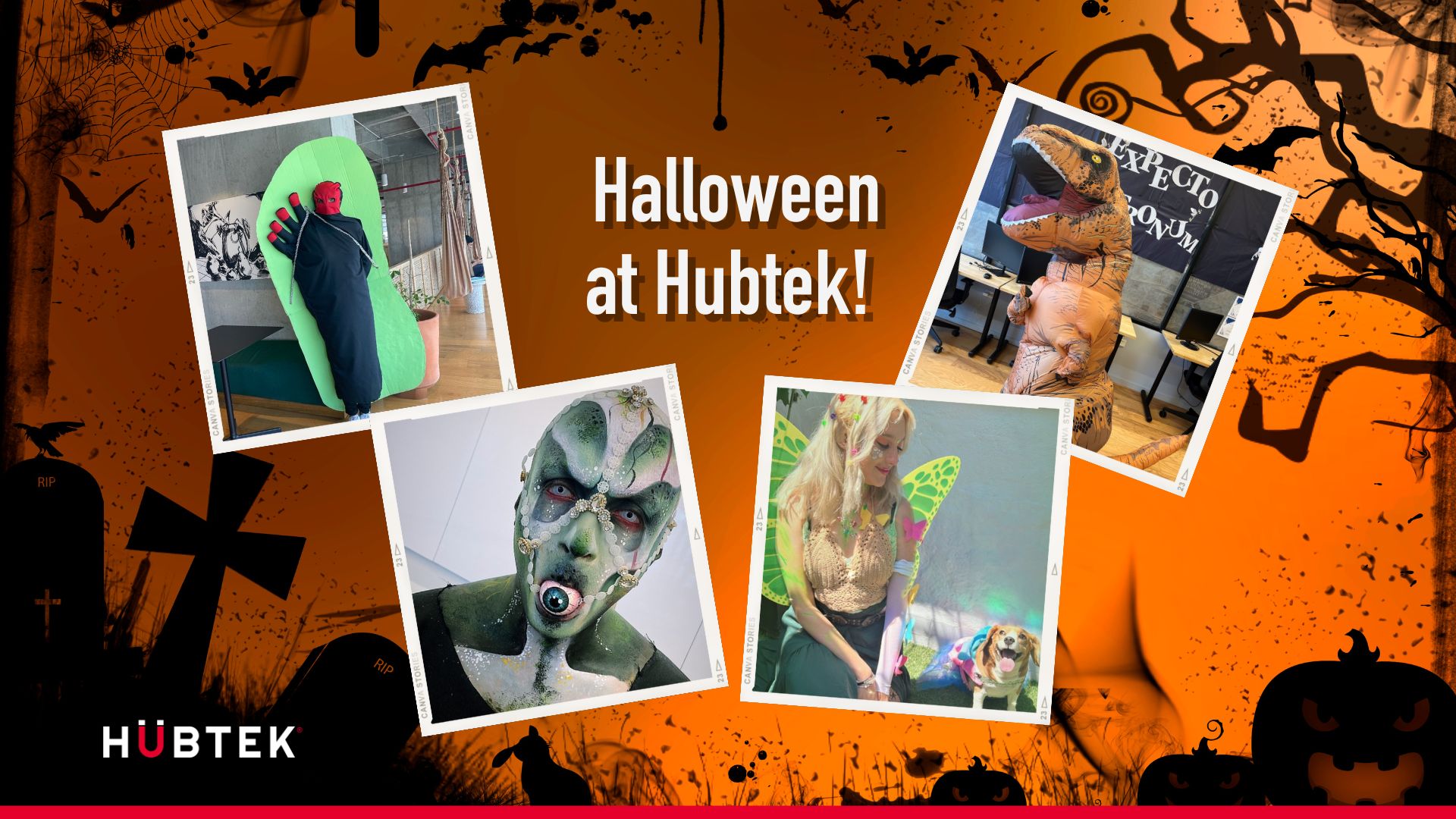 We celebrated Halloween at Hubtek all month long! Look at the amazing customs our employees used and how our offices were transformed!

#TheHubtekExperience took a sinister turn during Halloween with our office decorations and individual costume contests. Everyone had a spooktacular time choosing themes for decorating the offices and dressing up as some scary and whimsical characters. From dark and scary Silent Hill and The Upside Down, to magical and mysterious Hogwarts, we had a wicked Halloween celebration, thanks to our team’s effort and creativity.

After a couple of weeks’ preparation, everything was ready for the office decorating contest. On the morning of Halloween day, pictures and videos of the offices were posted on our Instagram stories and the voting began. The competition was fierce but out ouf ten participating teams, only two would be victorious and receive chilling prizes.

Every team chose a name for their office, according to their chosen theme:

In the end, Crime Scene was crowned the winner of the day with Murder Room a close second.

The Crime Scene team will receive invitations to a Neon Party with a DJ, trampolines, dinner and plenty of fun, and the Murder Room team will get an awesome pizza party!

The individual costume contest was just as thrilling. Participants really let their creativity flow and came up with some scream-worthy ensembles. There were witches, fairies, corpses, animals, and all kinds of bloodcurdling creatures. After another round of voting on our Instagram stories, there were two winners.

The 1st place winner received a cash prize and 2nd place got a trophy and a spookalicious meal.

Every participant in both contests received a membership card for a movie theater which will get them many awesome benefits!

Everyone had an incredible time participating, getting to know other teams and putting their creativity to use. We look forward to sharing more activities from #TheHubtekExperience with everybody!

Want to be part of our team? Apply now

To see more of the offices contest, Look this LinkedIn Post.