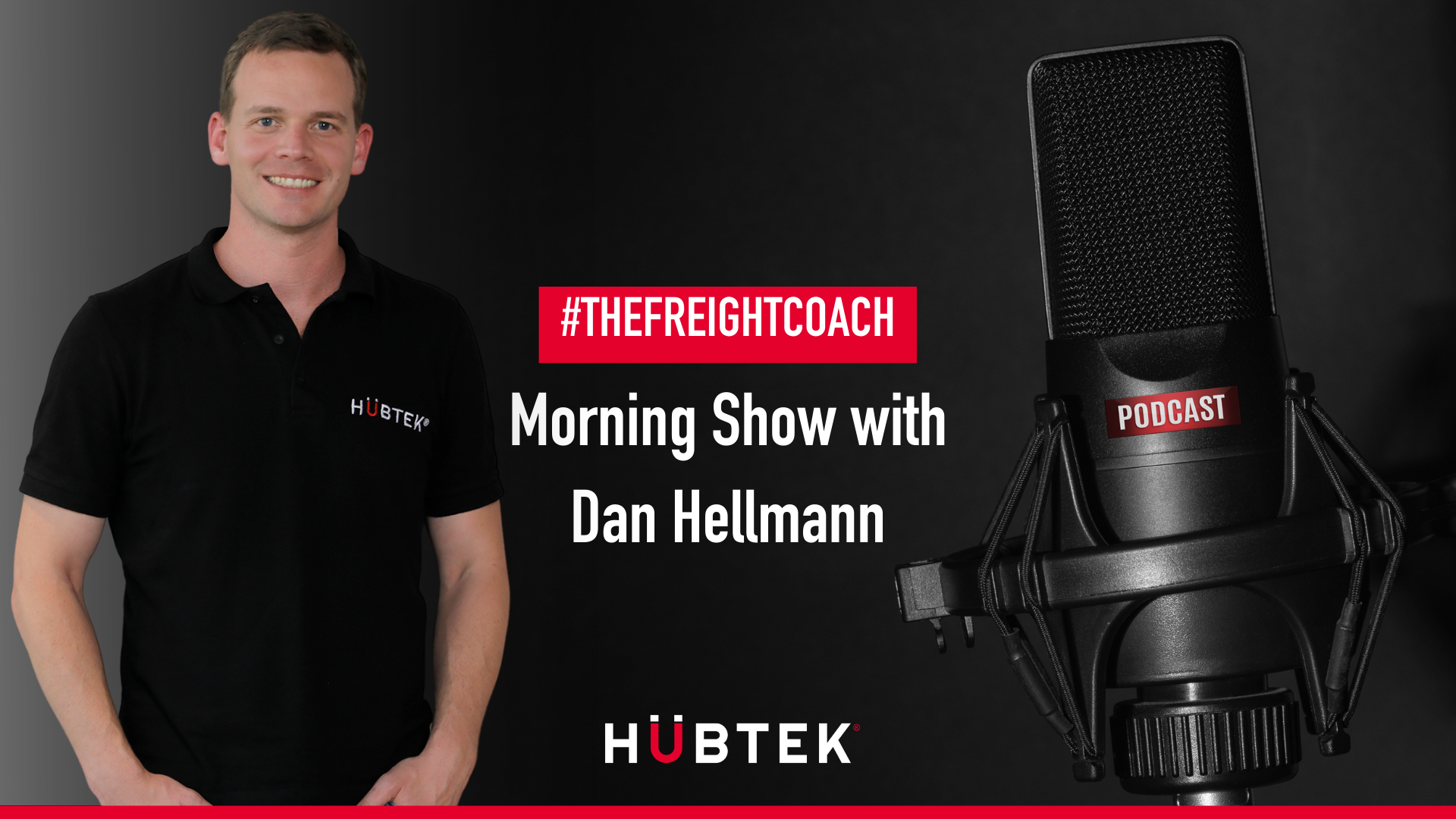 Dan Hellmann talked about Trucking’s Costliest Year Ever and more!

Every weekday at 8:30AM PST, a new guest joins Chris Jolly in #TheFreightCoach Morning Show to break down three Transportation Industry headlines and provide insights into what’s going on in the industry. This time, it was Dan Hellmann’s turn to join the conversation.

For listeners who were not familiar with Hubtek, Dan talked briefly about our focus on efficiency and logistics with our three offerings: Nearshore Staffing (operating out of Colombia and Ecuador), Process Automation Technology with Automatic Rate Quoting and RealTime Rating, and ProfitQuest, our training platform. He also mentioned our partnership with LTNA and Troops2Logistics, which helps veterans get back into the civilian workforce after their service.

Before getting to the headlines, they touched on several topics, beginning with Dan’s experience in the industry and his opinion on the volatility of the market. Dan talked about the market’s uncertainty being cyclical and went on to say that he is a firm believer that if you do what you should be doing day in and day out, you’re going to be fine.  So, if you continue to service your customers and your carriers, you’ll be okay. Chris added that he doesn’t believe in playing the market and changing the way you operate. Instead, he believes that you have to remain hyper-focused on your processes, and the market will let you know if your processes are good or not. In order to make sure your processes are effective, Dan recommended to start tracking your metrics, so you can distance yourself from the people who make the industry look bad.

They also talked about how to remove yourself from the volatility of the market and building relationships with customers and carriers and not just relying on load boards. Chris mentioned the advantage of guaranteed capacity to drivers in order to fulfill your customers’ needs and make money in volume, as opposed to trying to get big margins out of single loads. They agreed that making the effort to build your own carrier base that you can work with, instead of just posting loads and waiting for them to get covered, will ultimately prove beneficial to your business. They also touched on the importance of training, for people in the industry to understand the fundamentals and not come in with a “how do I get rich today” mentality, when what really matters is making money “12 months out of the year”, as Chris put it.

Moving on to the industry headlines, the first one they mentioned was about Congress almost finishing a freight-centric budget bill, to which Chris said he doesn’t really find how it benefits the industry. Dan, on the other hand, found that with this new bill, mega carriers could get a tax credit of up to $100,000 for installing charging stations for EV vehicles, which he believes could help save some money, but he mentioned that the infrastructure is not there. It is a move towards green energy that the country might not yet be prepared for, due to truck weight regulations and the power grid’s current state.

Next, they discussed a FreightWaves article about the Feds dropping fraud charges against Celadon trucking executives who had allegedly conspired to conceal tens of millions of dollars in losses. Both expressed surprise that the charges were dropped in the case that emerged in 2017, when the alleged fraud scheme was discovered. The precedent set by this is something Chris didn’t like. He said that one of the biggest things lacking out there is accountability, and he believes that if there were harsher penalties for people who break the law, it would deter people from committing acts like these.

Finally, the last article they discussed was about trucking experiencing its costliest year ever, as reported by the American Transportation Research Institute (ATRI). According to the article, the main contributors to the cost increase were fuel (which is 35% higher than last year), repair and maintenance (18.2%), and driver wages (10.8%), which led to a cost per hour increase of $70.65. Chris made the point that no matter what business you’re in, you need to know your costs and your break-even point every single month, and that you can’t deviate from that, especially if you have a small business.

You can listen to the entire conversation here.

Do you already know the solutions we have for you company? Contact us now!